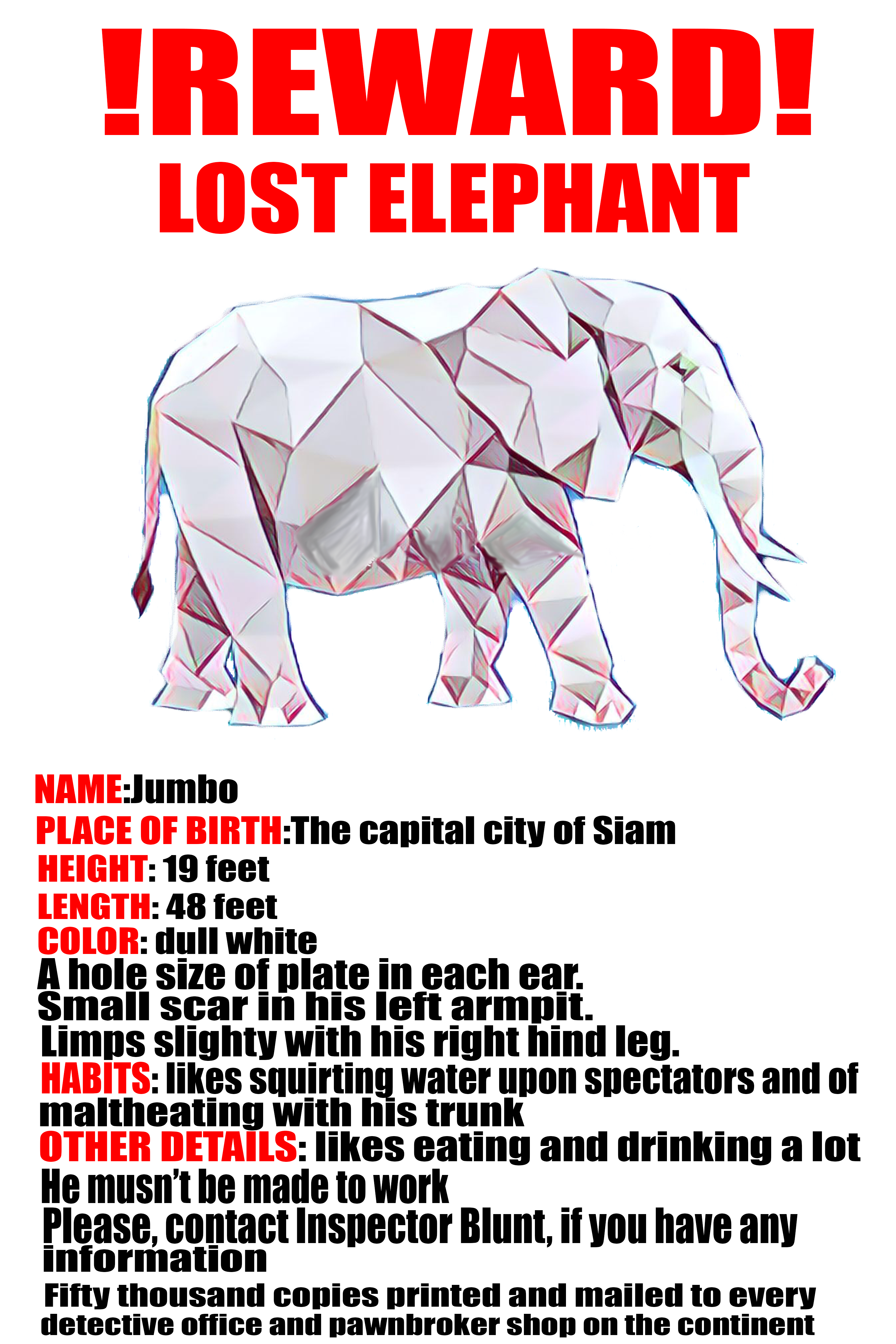 Script of the press-conference held by inspector Blunt

Inspector Blunt: Ladies and gentlemen! We invited you to our press-conference on the results of the investigation. This is the greatest windfall that any detective organization ever had. The fame of it will travel to the ends of the earth, and endure to the end of time, and my name with it.

But there was no joy for me. I felt as if I had committed all those red crimes, growing redder and more heartbreaking. Sixty persons had been killed, and two hundred and forty wounded. All the accounts bore just testimony to the activity and devotion of the detectives.

Journalist 1: Explain your failure! Barns are destroyed, factories are gutted, harvests are devoured, the villages are deserted!

Inspector: Thirty-four of the most distinguished detectives have been engaged in this investigation. But you know, he laughs best who laughs last! We have conclusive evidences.

Journalist 2: What has been done to stop it?

Inspector: …Every detective sent his hourly report, and each of them had a clue, and was shadowing something, and was hot upon the heels of it.

Journalist 3: What do you think about the fact that the newspapers turned upon them, and began to fling the most stinging sarcasms at them? Your distinguished professionals gave the minstrels an idea to show them on the stage in the most extravagant way. The caricaturists made pictures of detectives scanning the country with spy-glasses, while the elephant, at their backs, stole apples out of their pockets. Have you seen these ridiculous pictures?

Inspector: Let them rail on; he laughs best who laughs last.

Journalist 1: Have you got any suspects? Who are the robbers?

Inspector: We’ve written letters to the most notorious criminals and we’re waiting for their reply to compromise with them.

Journalist 3: You are sure they are robbers, aren’t you?

Inspector: Yes, we are!

Journalist 3: We’ve got information that one of them died 2 years ago and another was hung 18 months ago.

Inspector: We are doing our best. We have conclusive evidences. He laughs best who laughs last.

Journalist 2: How could it have happened that poor creature was wounded and nobody helped it! It suffered without food and water, it died from starvation!

Inspector: One of our finest minds promised to have the elephant in a week.

Storyteller: But my elephant is dead! I raised the reward to one hundred thousand dollars. It was a great sum! Now, I am a homeless beggar, my priceless charge dead, and my position in my country's service is lost too.

Journalists: Look at him—just the king of the profession; only give him a clue, it's all he wants, and there isn`t anything hid that he can't find.

Inspector: We have conclusive evidences. He laughs best who laughs last. Thank you. 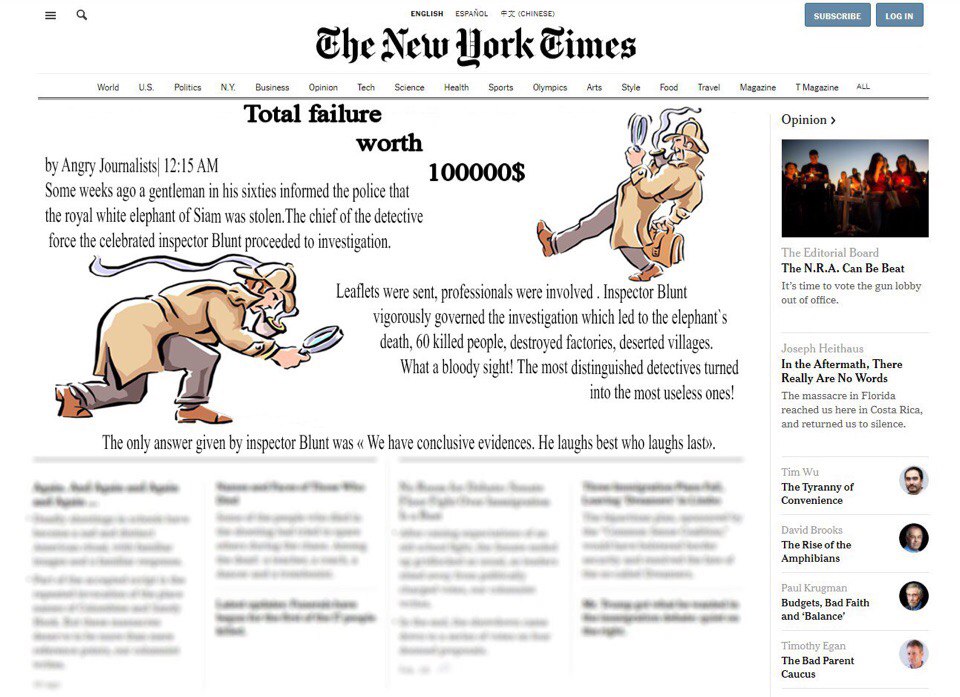 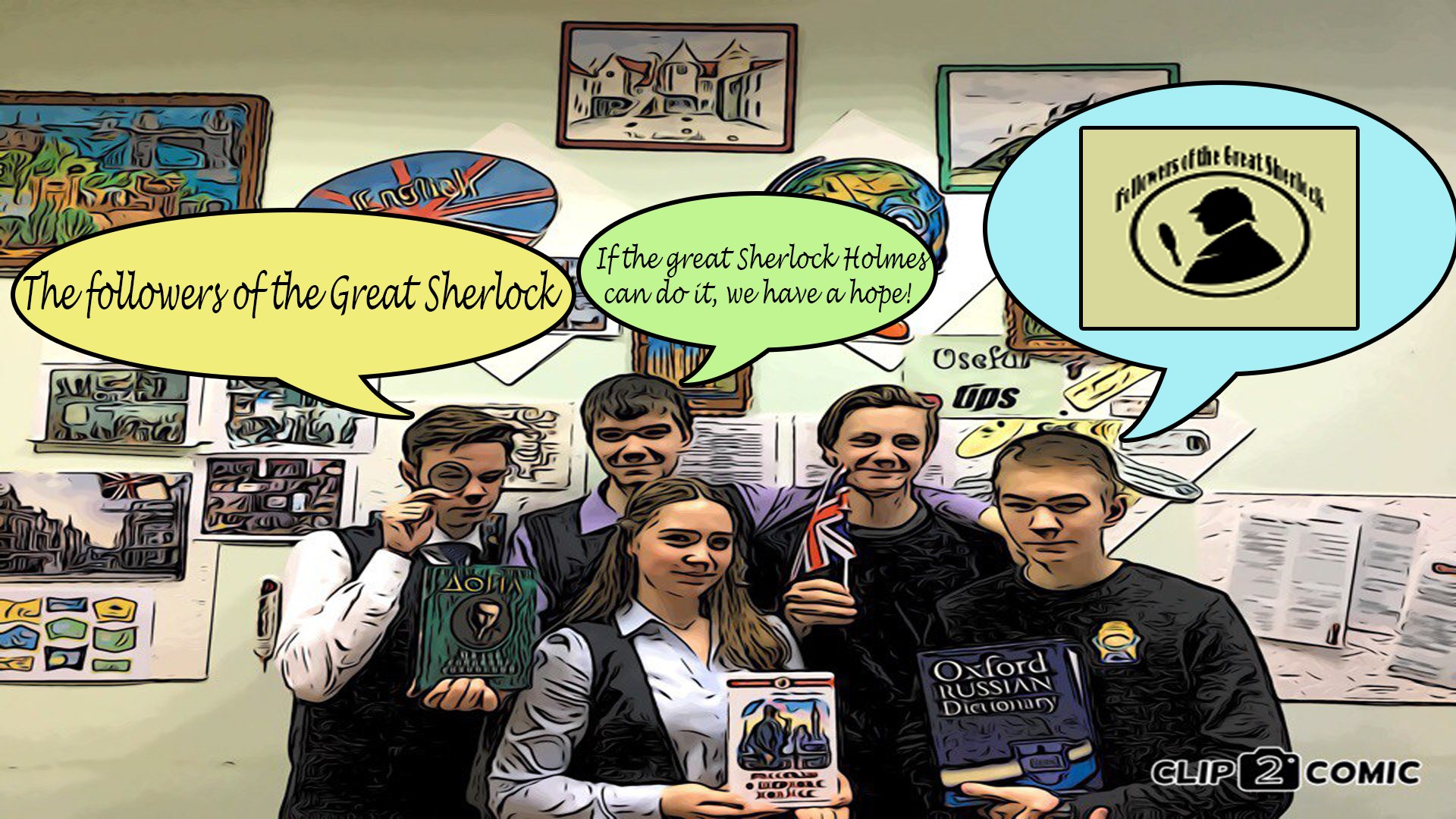 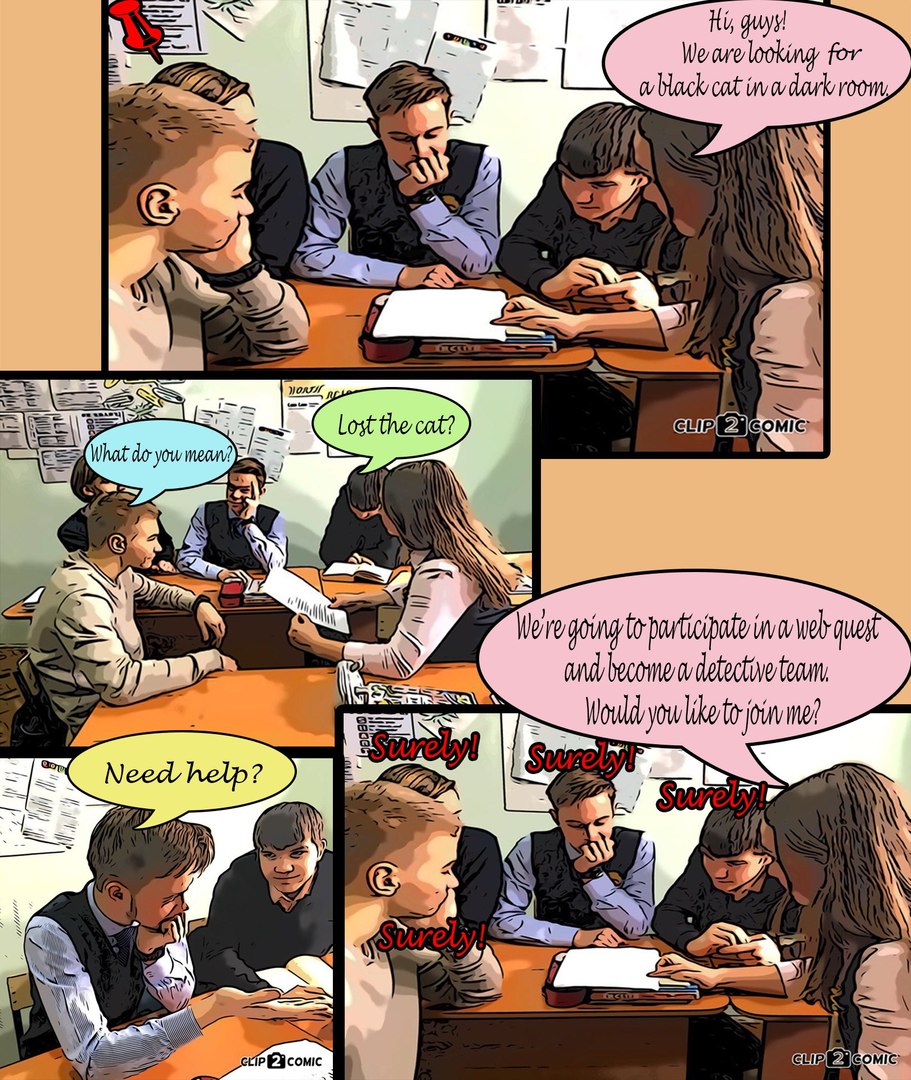 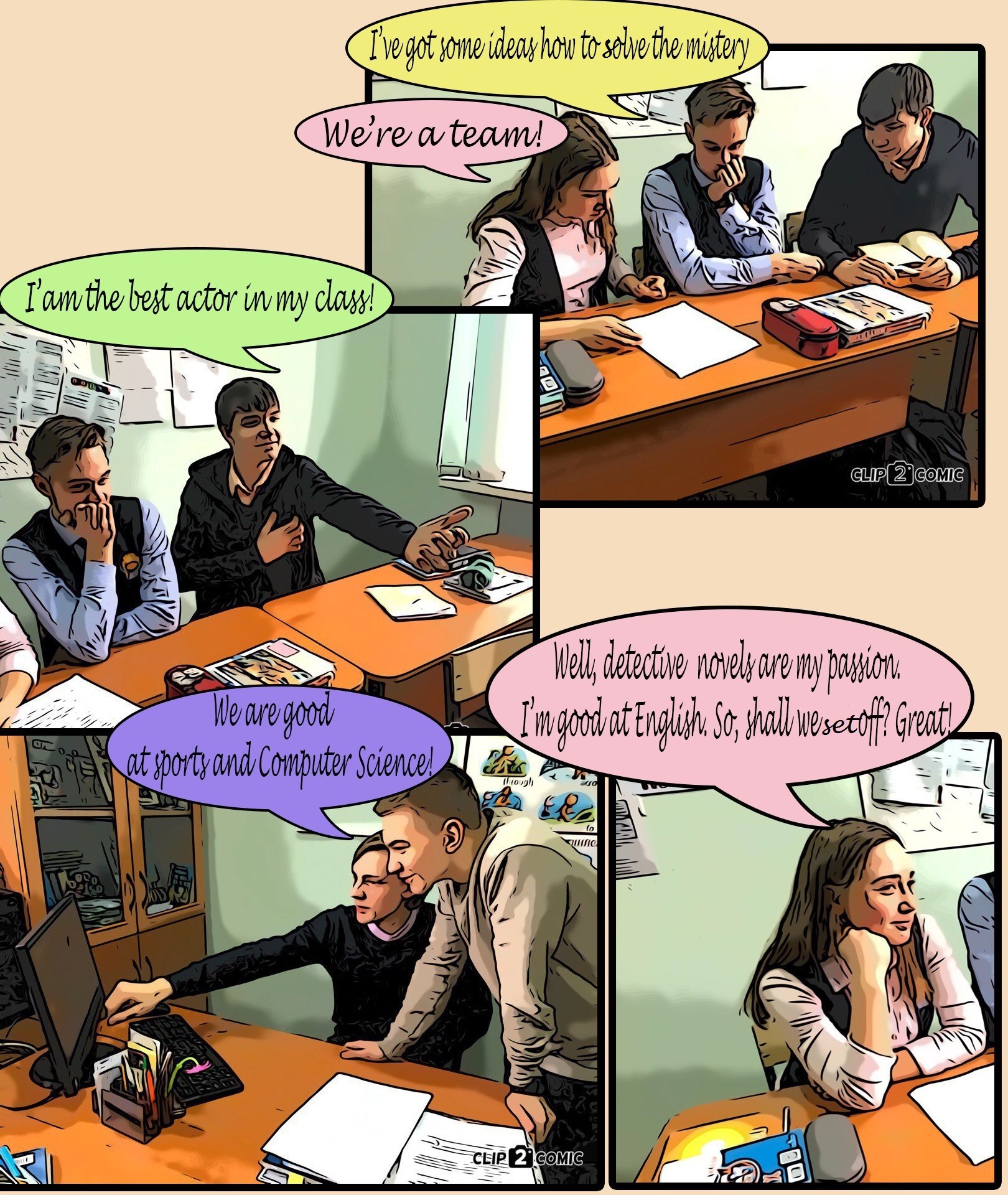 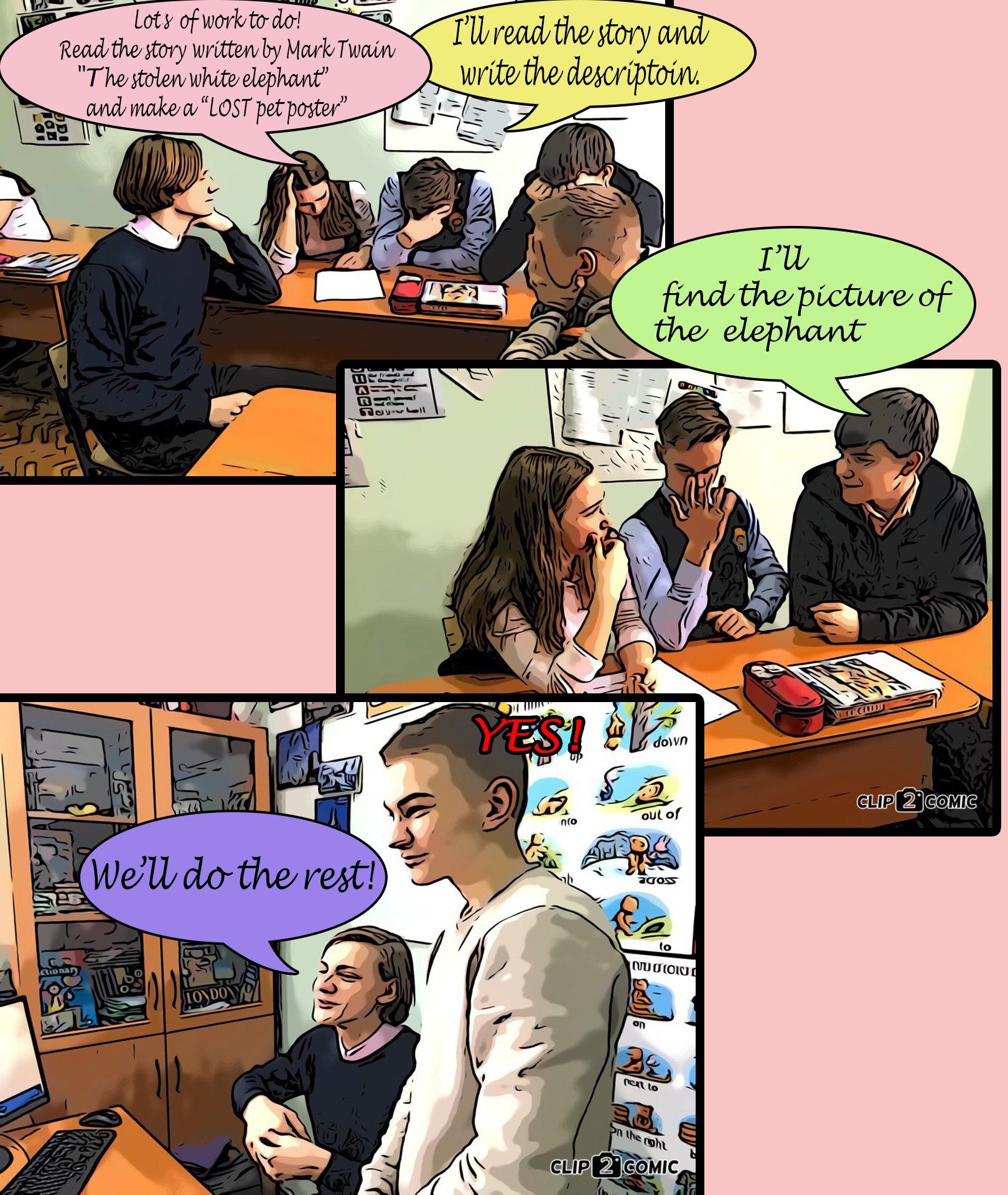 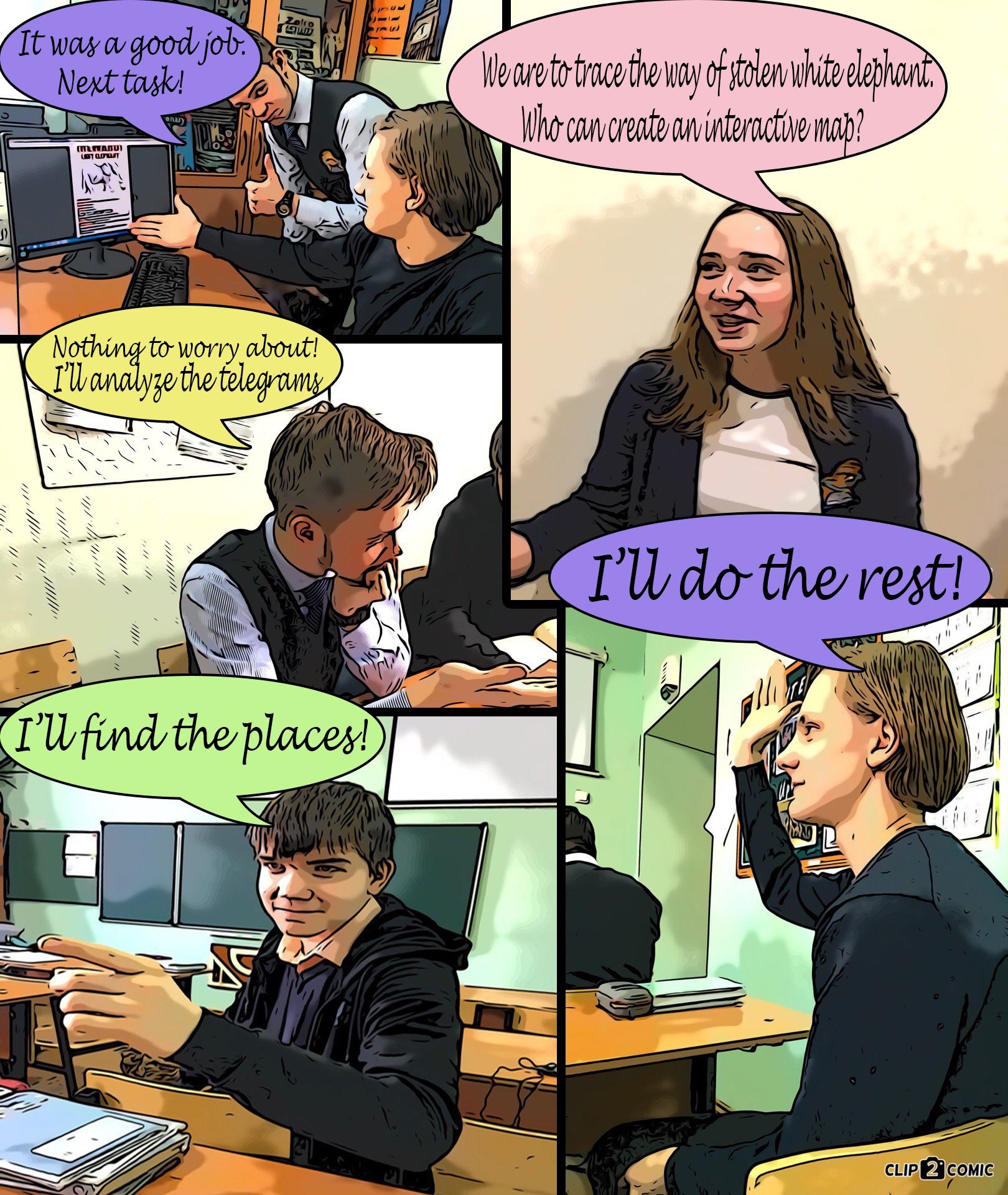 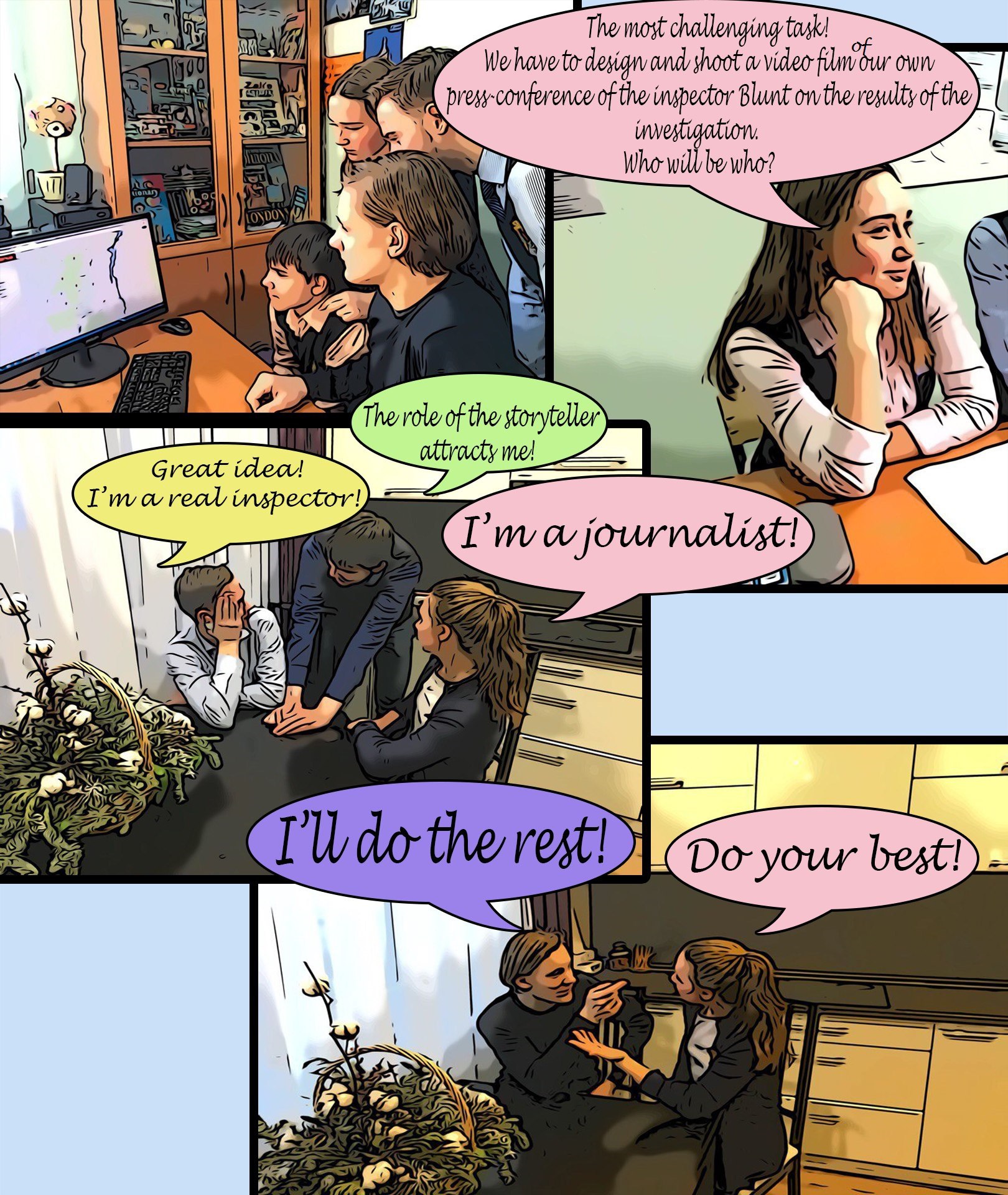 Работа команды
The followers of the Great Sherlock
61.75 / 79