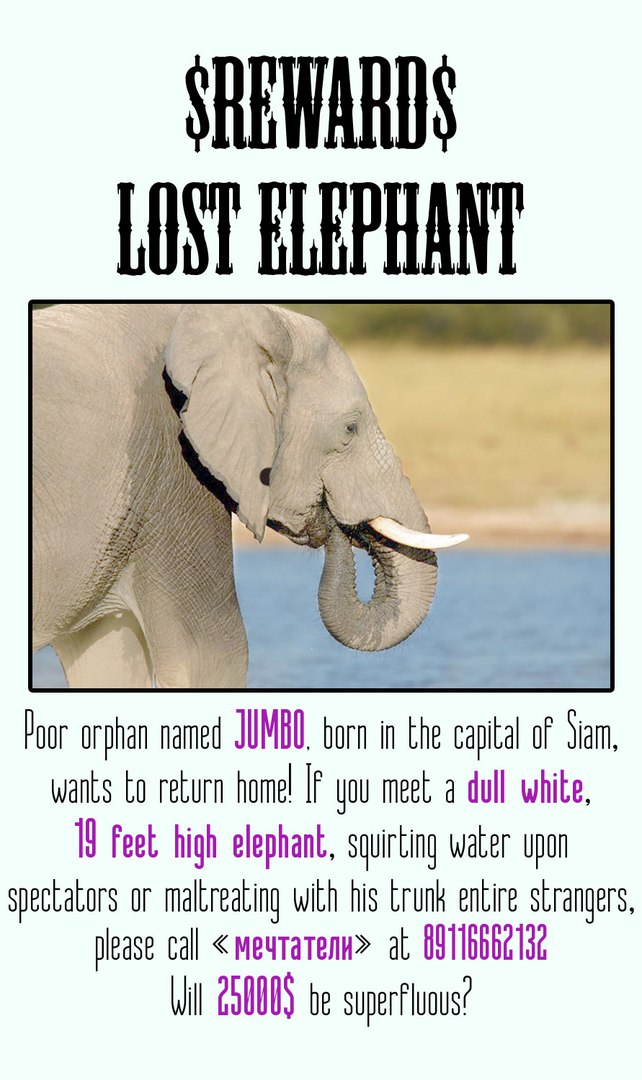 The press conference of the celebrated inspector Blunt

Today we have come here to speak about a case of white elephant. The white elephant Hassan Ben Ali… named Jumbo was stolen! 60 person had been killed and 240 wounded. More than 200 policemen took part in the investigation. The total number of suspected persons was thirty-seven.

Ida Tarbel, Daily News: So, the white elephant Hassan Ben Ali was stolen! What was the reason for the abduction of such an obvious monster?

Inspector Blunt: Allow me to think a moment, please. The cause of the abduction was the value of the gift.

Ben Ford, The New York Globe: You knew the names of the robbers. Why had not been those men arrested, and so prevented the trouble and loss?

Inspector Blunt: I have already answered this question. It is not our province to prevent crime, but to punish it. We cannot punish it until it is committed."

Emily Mitchel, Los Angeles Time: From the very beginning of the case with stolen white elephant you insisted that reward seemed to be offered only to detectives. Why?

Inspector Blunt: The proper office of a reward is to stimulate the men who deliver up their time and their trained sagacities to this sort of work, and not to confer benefits upon chance citizens who stumble upon a capture without having earned the benefits by their own merits and labors.

Anny Tomson, The Sun : But detective Brant from Baxter Centre informed that the cannonshots had wounded the elephant fatally. Does not it prove the unprofessionalism of your detectives?

Inspector Blunt: Our noble job has a lot of illwishers. The newspapers turned upon the detectives. But only give them a clue, it's all they want, and there ain't anything hid that they can't find." Appealing to my colleges I would like to say ” Enjoy money, boys, for you've earned it; and, more than that, you've earned for the detective profession undying fame."

Ida Tarbel, Daily News: And who is the robber?

Inspector Blunt: Robber?!! There was not any robber!!!! The elephant left the building himself!!!! 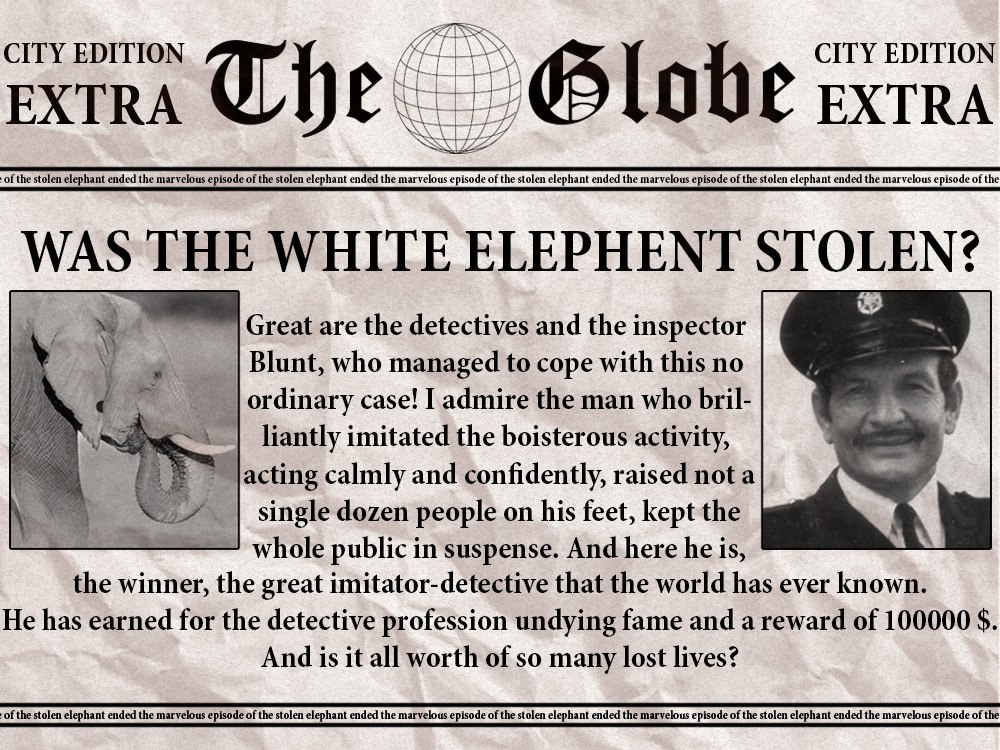 A black cat in a dark room.