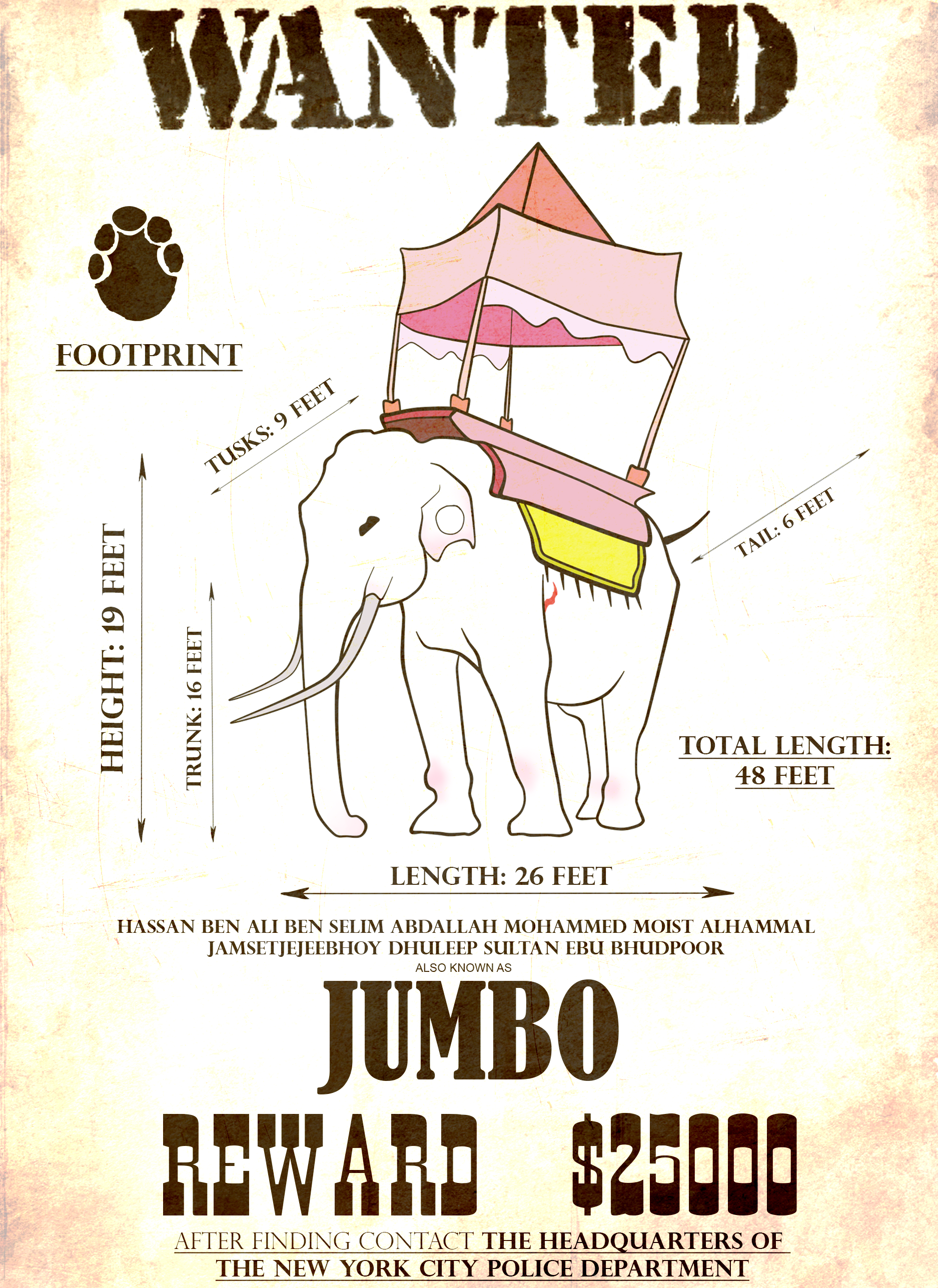 Hassan Ben Ali Ben Selim Abdallah Mohammed Moist Alhammal Jamsetjejeebhoy Dhuleep Sultan Ebu Bhudpoor or simply Jumbo was born in the capital city of Siam. Jumbo is a Royal white elephant, a kind of elephants which only kings can possess. He is the only child of his dead parents. As for his habits, he eats everything - from one man to an edition of Bible. He wouldn’t care whether they were fresh or not. At a single meal he would eat five ordinary men. He is indifferent about nationalities. He prefers acquaintances, but is not prejudiced against strangers. He will drink anything that is fluid, except European coffee. The main identifying marks – a small scar in his left armpit and a hole the size of a plate in each ear for the insertion of jewelry. If you have seen him, please, notify to the headquarters of the New York City Police Department  immediately. 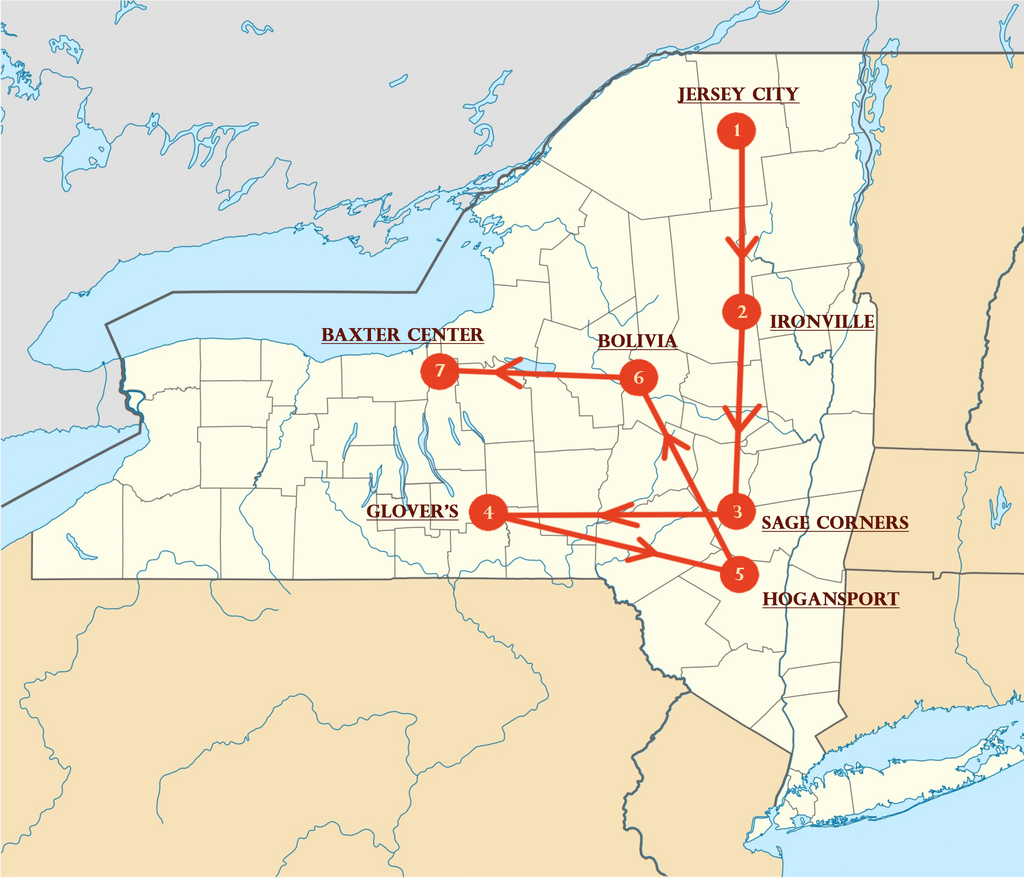 We have two versions of the script. We had to shorten the script in order to fit for the demands of the task.

Initial version of the script: https://docs.google.com/document/d/1UIw_VQ1x0cgP76jpotfwiGTnJW7tW81ChNS718au1B4/edit

Final version of the script: https://docs.google.com/document/d/1dpgb__73de3jlj2Jvclpubk_ALNmA5eCKaz6zQUuXbs/edit

Use scroller on your mouse to zoom. The number of words in the paragraph (in the article itself) is 92 words.

WARNING! If you can't see our editorial paragraph, here's the link for your convenience: https://realtimeboard.com/app/board/o9J_kzrr57o=/ 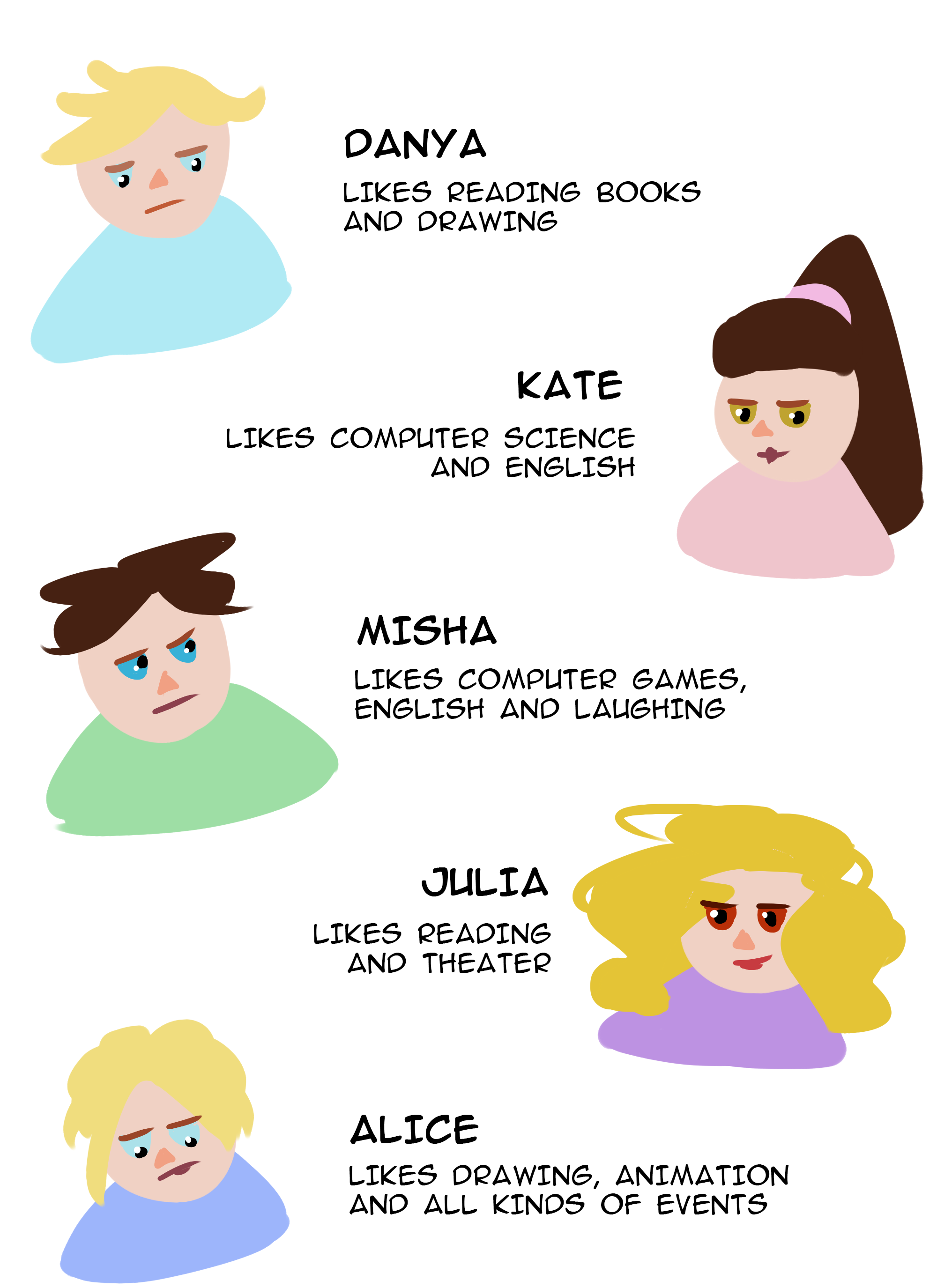 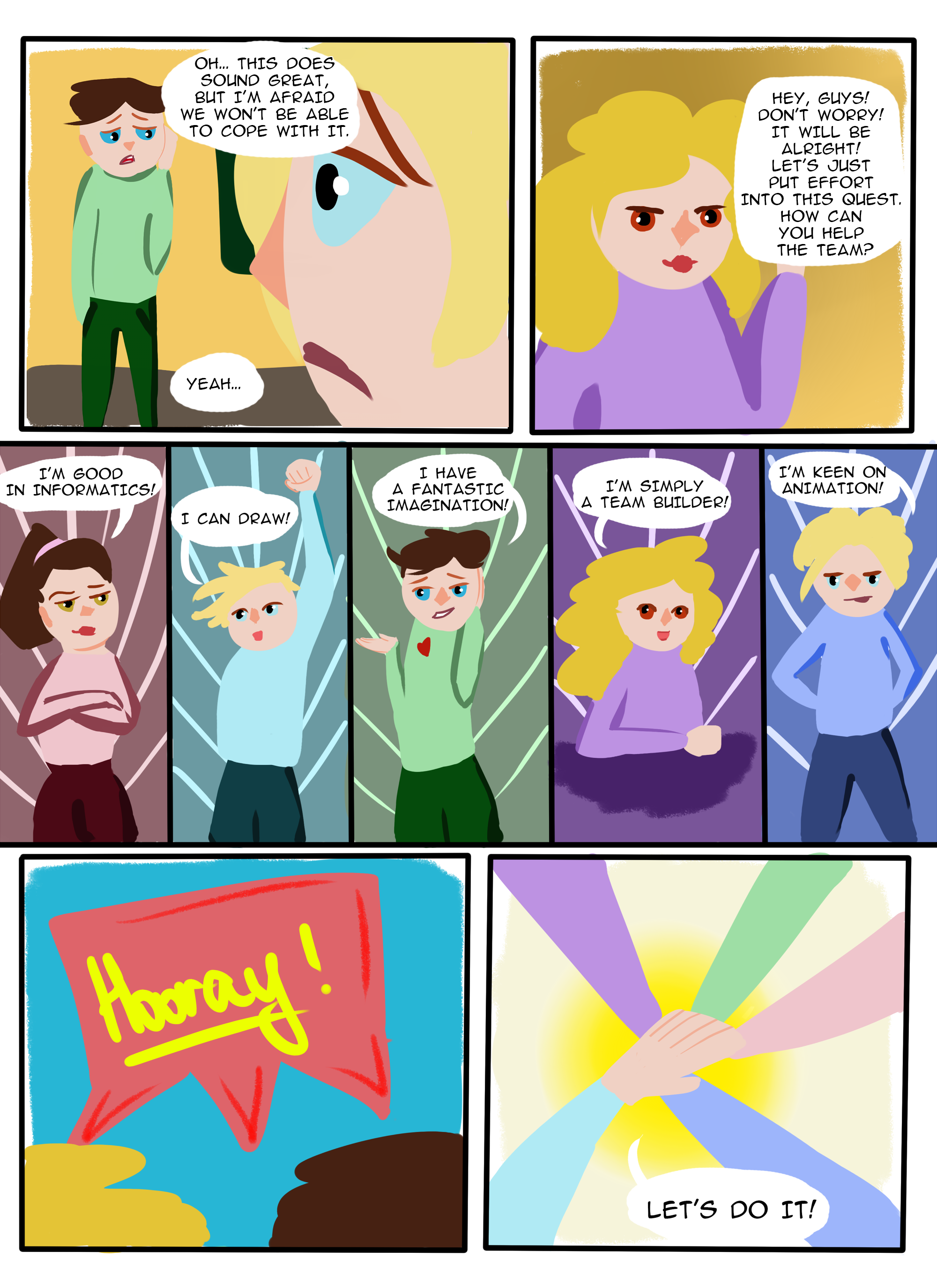 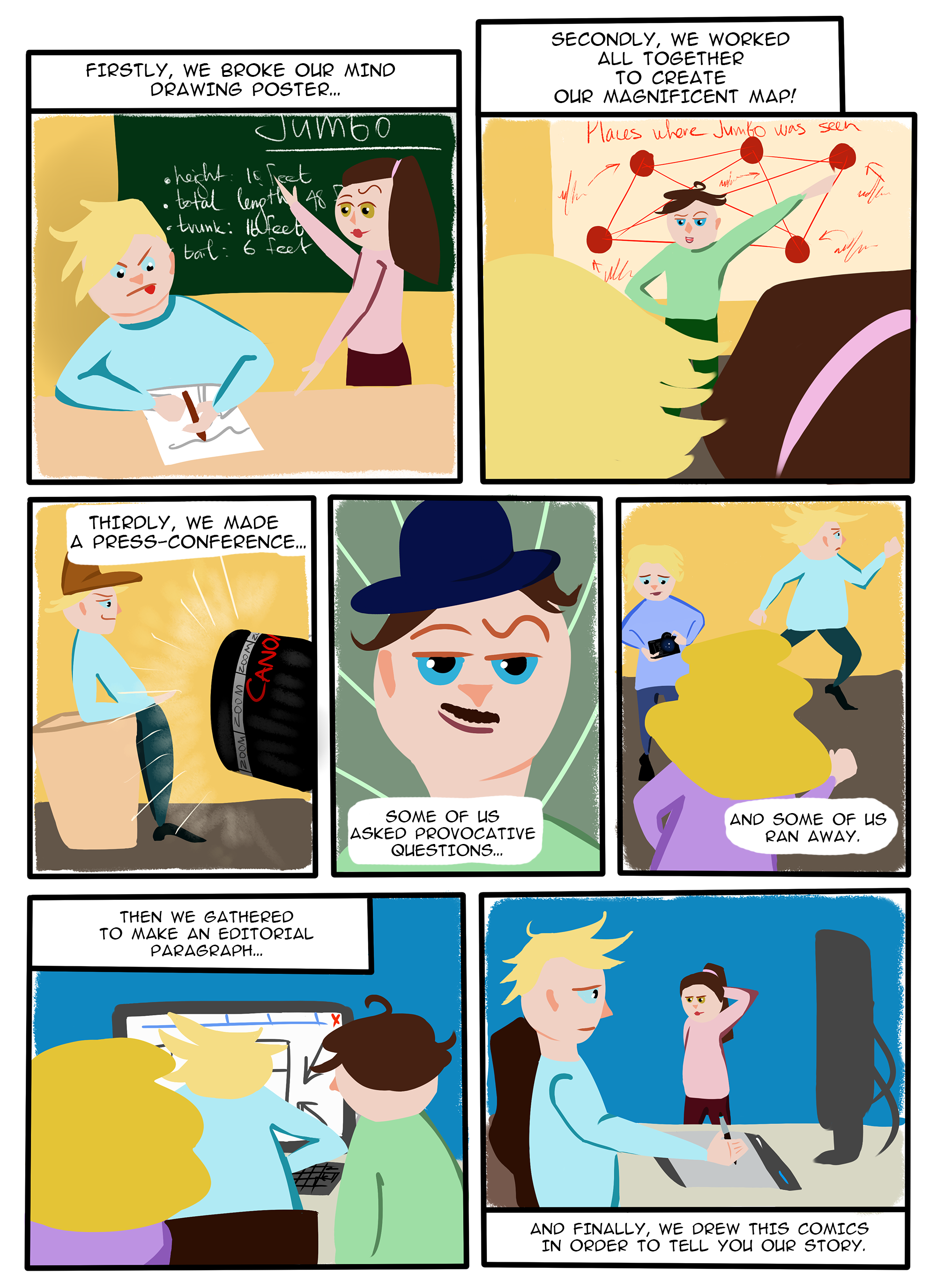 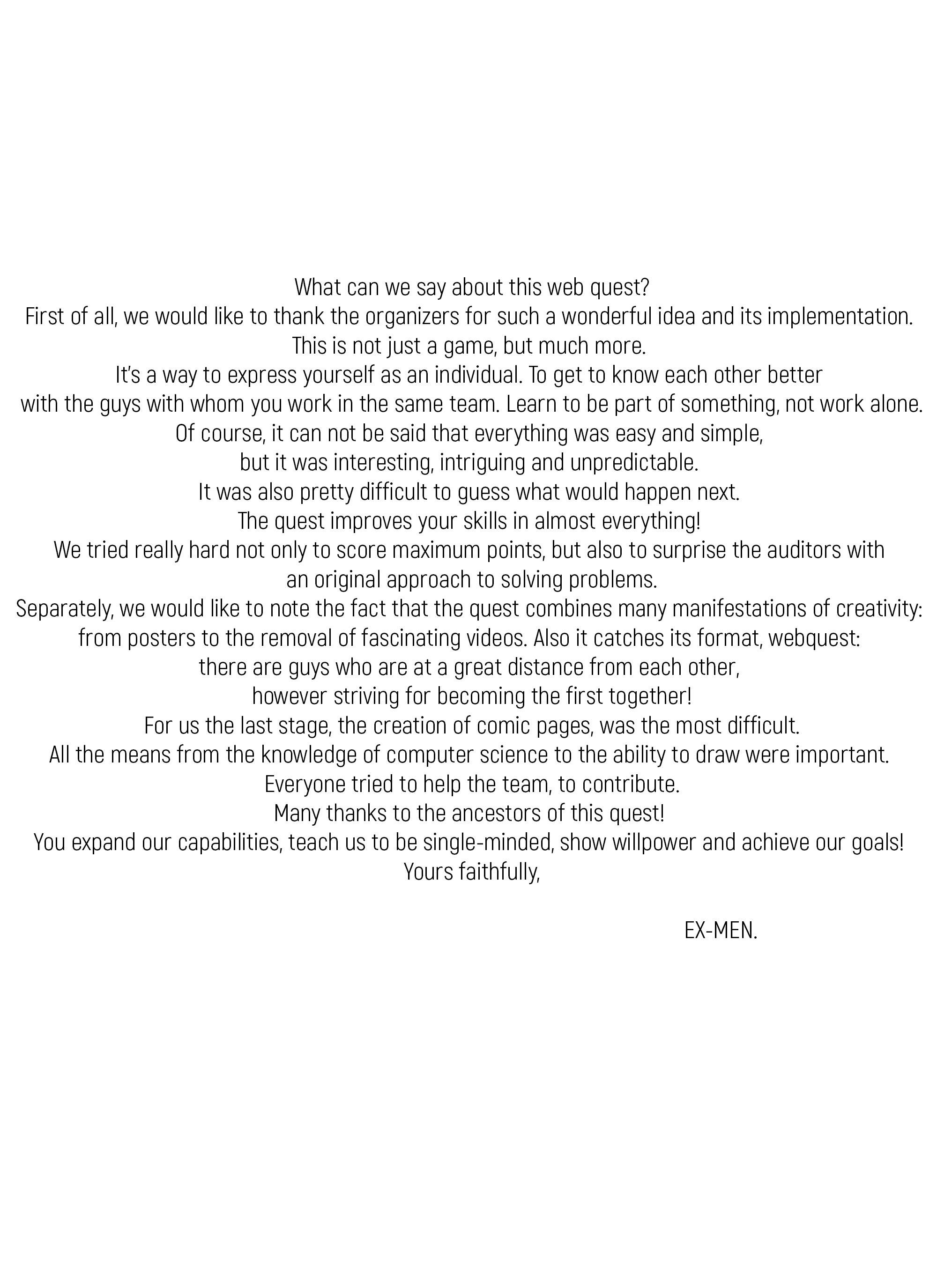